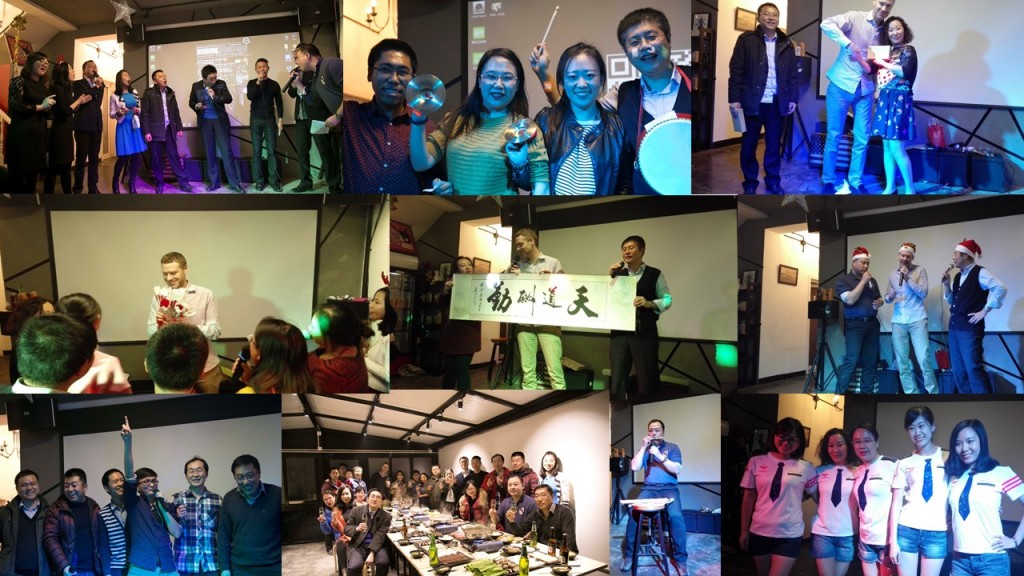 Dec 2015 — ACC held a special overnight home party at a villa outside Beijing to celebrate Christmas and the coming New Year. After the hot pot dinner, each department performed a skit or other entertainment that they had practiced in the weeks prior. Programs included singing, free talk, poetry, dancing, Errenzhuan folk dancing, instrumental performances, a cappella, and more. In between the performances the team continued our Christmas traditions of exchanging gifts, playing games, and lucky draws. Laughter and applause continued late into the night, making Christmas Eve 2015 one that will last in ACC lore long into the future.