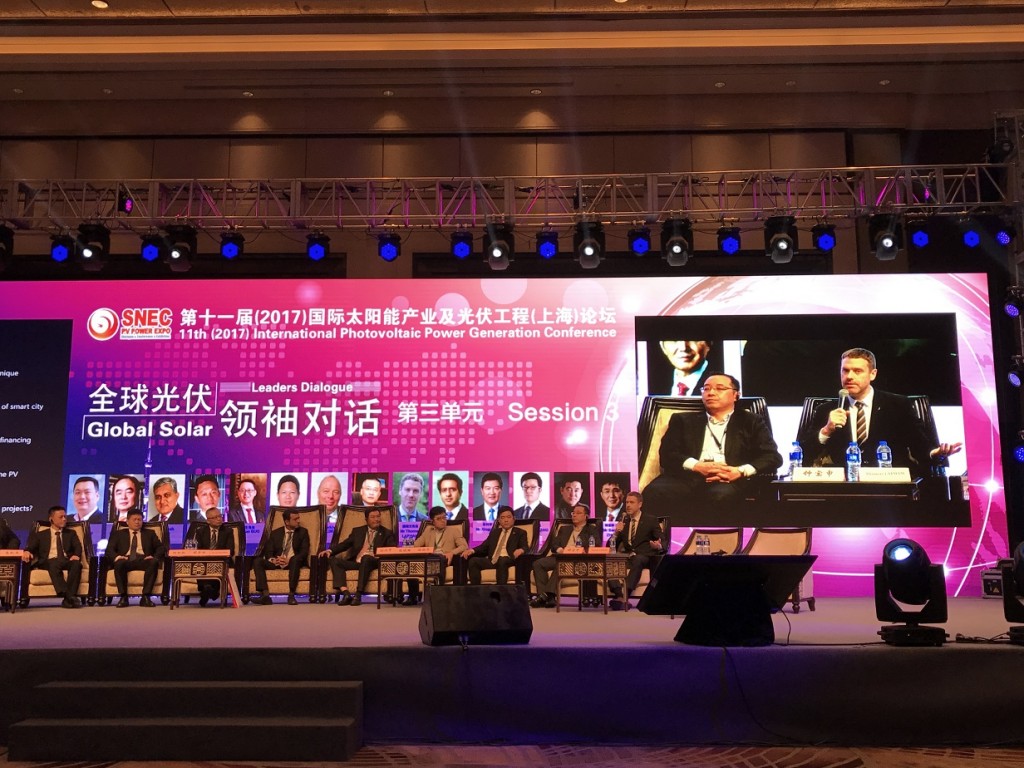 Beijing , PRC—April 19th, 2017—China’s most influential PV trade show, SNEC is being held on April 19th – 21st in Shanghai, China. More than 1,800 exhibitors from around the world have gathered in Shanghai to showcase their products and services, covering every section of the PV industry chain. The event, currently the largest professional PV Power Generation exhibition in the world, is expected to attract more than 100,000 professionals and over 5,000 enterprises to participate.

The Solar Leaders Dialogue, hosted by the Asian Photovoltaic Industry Association (APVIA) on April 18th, is one of the highlights of the event. The Dialogue includes senior representatives from industry associations in Europe, Asia and North America, CEOs from leading PV companies, industrial experts and scholars, financial institutions, and media. The Dialogue will discuss the sustainable development of the solar industry and collaboration and development strategies for the Asian, European and North American markets.

Mr. Thomas Lapham, the CEO of Asia Clean Capital (“ACC”) has been invited to speak at the Solar Leaders Dialogue. ACC is the only distributed solar developer invested in by Goldman Sachs and DCIF in Mainland China and was named the “Best Distributed Solar Developer” by TÜV NORD Group in 2016. According to Mr. Lapham, “China is the world’s largest distributed PV market with potential distributed solar capacity of 300GW. We anticipate continued strong growth in the PV industry, particularly distributed solar during the 13th Five year plan.”

Asia Clean Capital Ltd. (“ACC”) is a leading clean energy solutions developer that serves large multinational and domestic firms throughout China. Focused on rooftop solar projects, ACC invests 100 percent of the project costs and provides the design, engineering, equipment, government approvals, installation, and long-term maintenance of solar systems. All electricity produced is then provided to clients at agreed rates lower than when purchased from the local power grid. The company has offices in Beijing, Shanghai, Tianjin, and Hong Kong.