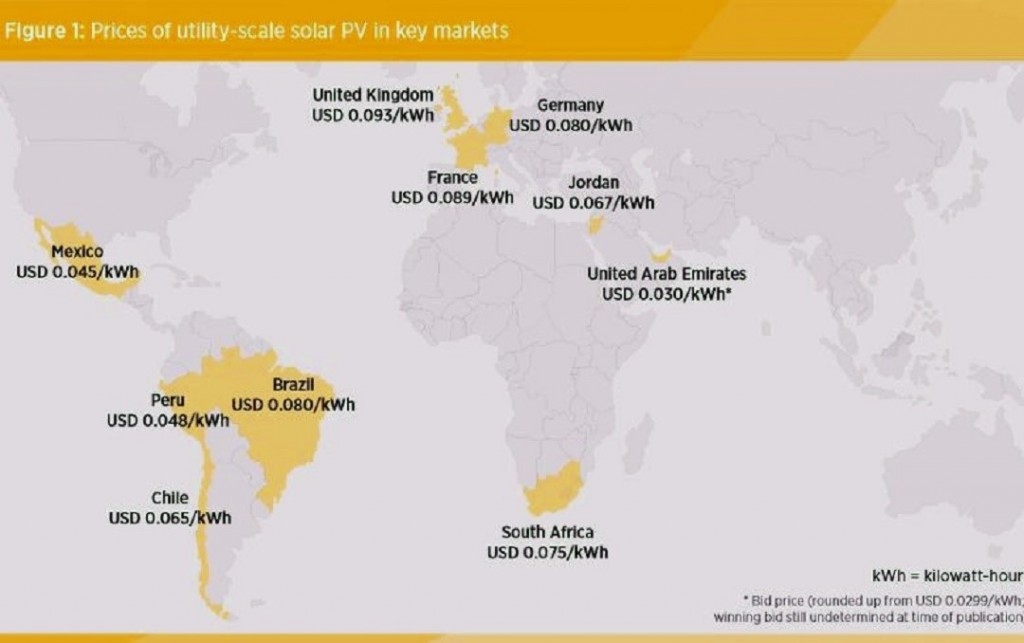 (SeeNews) – The world could generate up to 13% of its electricity from solar photovoltaics (PV) by 2030, up from 2% now, according to a report from the International Renewable Energy Agency (IRENA) released today.

Driven mainly by plummeting costs, PV capacity could expand to between 1,760 GW and 2,500 GW by 2030, accounting for between 8% and 13% of global electricity generation, the organization estimates. Today, the world has 227 GW of installed solar capacity.

In a report last week IRENA projected that PV costs could fall by 59% in the next 10 years. In its latest analysis it says that PV costs per kWh regularly come between USD 0.05 (EUR 0.44) and USD 0.10 in Europe, China, India, South Africa and the US, while record low prices set in markets such as Peru, Mexico and Dubai in 2015 and 2016 indicate a continued trend of cost reduction.

The report lists five recommendations to help solar reach a 13% share of global electricity by 2030. These include updated policies based on the latest innovations; government support of continued research and development; creation of a global standards framework; market structure changes; and the adoption of enabling technologies like smart grids and storage.