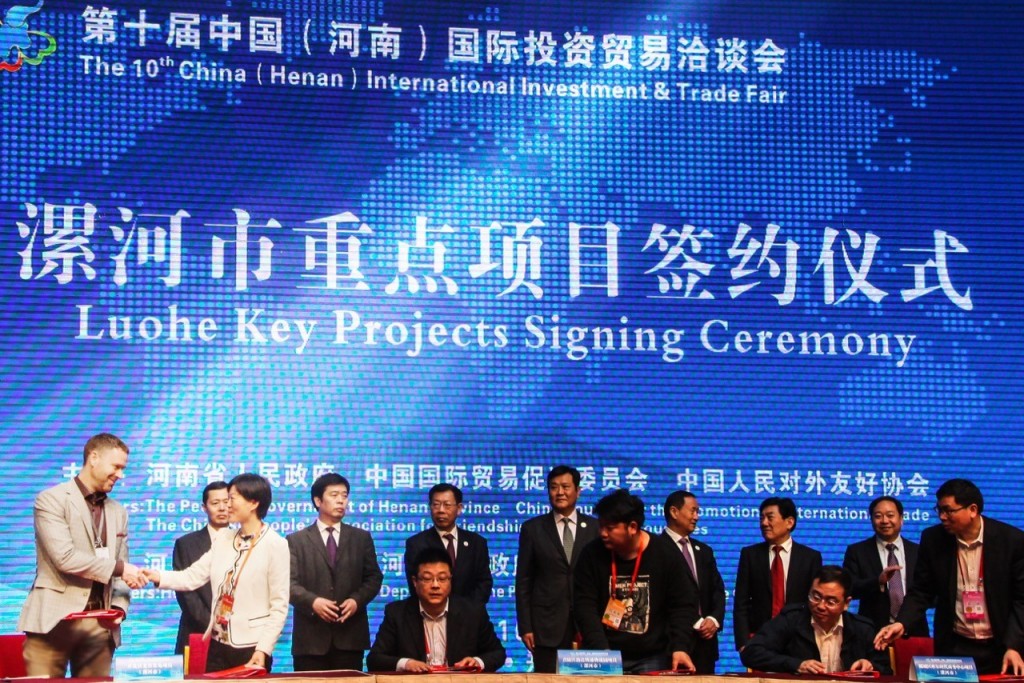 Fifteen key projects were signed during the ceremony, with a total investment of RMB 7.59 billion. The 15 megawatt solar project investment cooperation between ACC and Luohe NETDZ attracted particular attention because of its green energy benefits, helping to meet both local and national renewable energy targets.

According to the Agreement ACC will invest USD $20-million to develop and construct rooftop solar PV projects for Fortune 500 MNCs and leading domestic corporations in Luohe. ACC will invest 100 percent of the system cost and will provide the design, construction, and long-term system maintenance. Luohe NETDZ will support ACC to ensure the smooth development of the scheme.

“ACC is delighted to sign this solar development Agreement with Luohe NETDZ, and we are excited to see the great efforts the local government is making in energy conservation and environment protection.” said Thomas Lapham, CEO of ACC. “Luohe is located in the middle of China and has attracted numerous world-leading companies. ACC, together with the local government will improve the local environment by developing distributed solar PV systems attracting more and more enterprises that value sustainability to invest in Luohe.”

Asia Clean Capital Ltd. (“ACC”) is a leading clean energy solutions developer that serves large multinational and domestic firms throughout China. Focused on rooftop solar projects, ACC invests 100 percent of the project costs and provides the design, engineering, equipment, government approvals, installation, and long-term maintenance of solar systems. All electricity produced is then provided to clients at agreed rates lower than when purchased from the local power grid. Typical project sites are large production facilities with electric demand of between one to twenty megawatts. The company is based in Hong Kong with an additional office in Beijing, China.