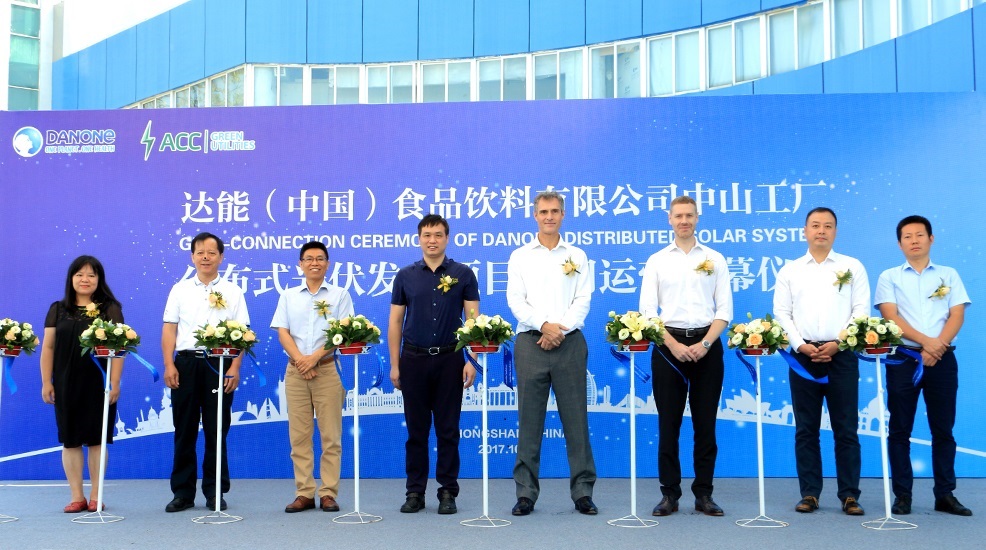 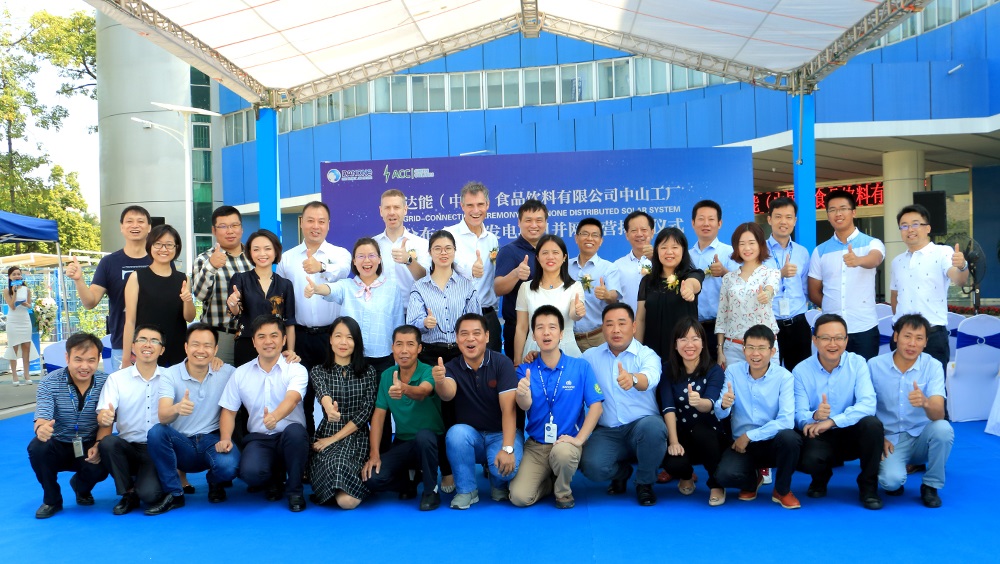 The project is Danone’s first solar PV (photovoltaic) project in China and it also marks an important step for ACC in Southern China. ACC invested 100 percent of the system costs and undertook the design, construction, and long-term system maintenance. Electricity from the solar systems will be provided to Danone at competitive rates. Over its lifetime, the system will save approximately 55,000 tons of CO2, which is equivalent to planting over 1.2 million trees*.

“Asia Clean Capital is honored to cooperate with Danone on rooftop solar,” said Thomas Lapham, CEO of ACC. “Danone is one of the world’s greatest food companies with factories across China and the world. Danone Zhongshan can serve as a springboard to implement solar across these many facilities and make a major positive environmental impact.”

Danone is devoted to reducing its carbon footprint and implementing green energy. Operations Vice President of Danone, Erwin Van Grootel said “We are happy to witness the inauguration of Danone China’s first solar PV project. In the past, we used green energy indirectly. Now, we generate and use green energy directly. This is an important step for us to reduce carbon emissions, and we have already identified the next factory where we will install solar panels.”